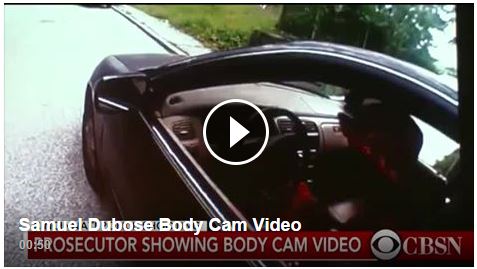 Officials in Cincinnati decided to charge officer for the cold blooded murder of our brother ONLY Now that the video came out “Video Below” and proved the officers LIED about Sam Dubose dragging Tensing with his car forcing Tensing to shoot Dubose.

After a traffic stop for not have a Front License Plate a University of Cincinnati Police Officer, Sam Dubose ended up dead with his face blown off. The officer was wearing a body camera, but the city refuses to release the video. In the meantime, everybody who sees it is deeply disturbed, including the city wide police chief.

Now we need to discuss as a country how Black people in America can be protected from these lying race soldiers PRETENDING to be cops,while hiding behind the badge while they racially target people for extermination.

Folk in Cincinnati bout to Turn

$400,000 Lamborghini Catches Fire At A Stoplight Over Revving His Engine

This Dude Is Turning Heads All Over Chicago With His Whip