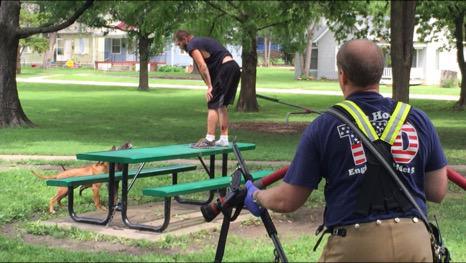 One caller told authorities that at least one person was bitten on the arm, foot, leg, and hand you can see the guys injuries halfway through the video. He appears pretty bloody and frightened, but he has his eyes on the money.