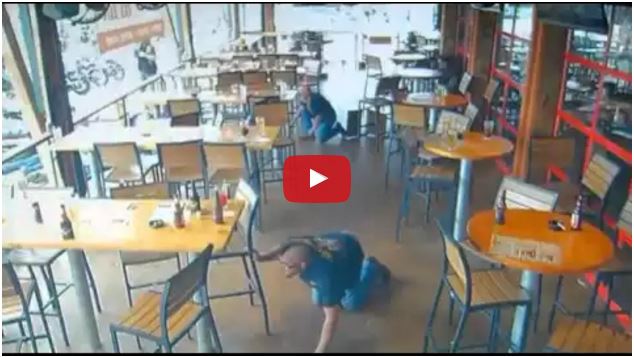 WACO, Texas (CNN) – Surveillance video from Waco, Texas, shows the shootout between police and biker clubs that ended with nine dead and 177 arrested in May.

Authorities say the May 17 shootout outside the Twin Peaks restaurant stemmed from an apparent confrontation between the Cossacks and Bandidos, both classified as gangs by the Texas Department of Public Safety. It remains unclear who fired the bullets that struck the nine who died; the results of autopsies and ballistic analyses have not been made public.

All 177 people arrested initially were held on a $1 million bond each on charges of engaging in organized criminal activity. Only two remain in jail and there have been no indictments.