In October of 2015, a driver swerved into the oncoming lane of traffic to hit a motorcyclist who was passing. The rider and his passenger were both sent to the ground and, when asked about why he did it, the driver William Crum responded: “I don’t care.” 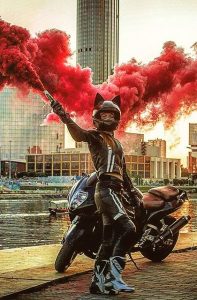 Eric Sanders, the rider, only suffered mild road rash while his girlfriend, the passenger, was treated in the Texas Health Harris Methodist Hospital Fort Worth intensive care unit.

Crum has been in police custody since the incident, and was just sentenced to 15 years in prison for two counts of aggravated assault with a deadly weapon, which is one of the best ways to describe a 90-something Mercury Cougar. While 15 years doesn’t seem like a ton for what likely should have been attempted murder, he’ll be 84 upon time of release. And hopefully without a license. 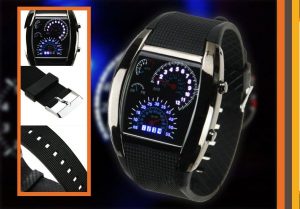 The Star-Telegram also reports that Crum was convicted previously of unauthorized use of a motor vehicle in Somervell County in 1994, where he was convicted again in 2007 of reckless driving and making a terroristic threat. The latter was an incident involving Crum threatening to run little boys over with his car. Full details from the point of view of one of the boys is given in the account on the Star-Telegram post.

Ummmm, there really is no spin or takeaway here. Sanders is seen in the video passing Crum’s car over a double yellow line, but witnesses say he was driving 20 miles per hour under the speed limit and I can’t say I wouldn’t have passed him too. Whether you would or wouldn’t pass a car on a double yellow line, you don’t deserve to be hit by a car intentionally and people who do so should go to jail. Glad justice was served here.

Motorcyclist Tells A Driver At A Light To Stop Texting, Driver Responds By Knocking Him Off His Bike & Speeding Off!

Biker Ready to Fight the Cop after getting Ran off the Road.
Bike Week Patch