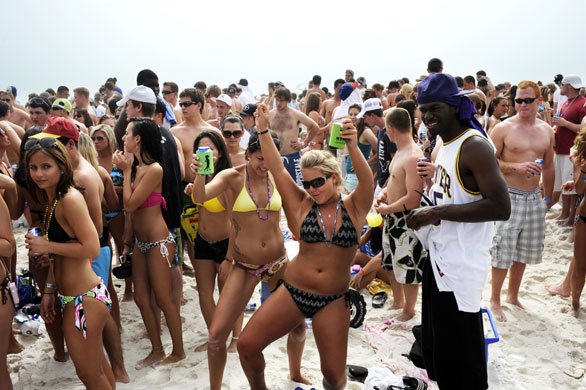 Even with more crimes, and arrest per capita during the predominantly White Harley Rally compared the predominantly Black Bike Week Rally, Myrtle Beach has held a double standard when it come to policing, event restrictions, and ordinances during the Black Rally vs. the White Rally.

According to a Federal Lawsuit: “Several Panama City Beach nightclub owners argue in a lawsuit filed Friday that local officials violated their rights and showed racial bias when they approved a series of new ordinances designed to curb spring break mayhem.”

In the federal lawsuit, the plaintiffs allege a crackdown by local officials began with the arrival of more black visitors.

The club owners say they were told by local officials not to host hip-hop shows because the events would attract too many black spring break attendees.

The lawsuit claims the new regulations unfairly restrict the club owners’ ability to do business and will hurt the local economy.

Liort said the club owners want the city to compensate them for their financial losses. He said they will request an expedited hearing on the lawsuit with the goal of resolving the issue before spring break 2016.

Myrtle Beach Businesses who may have lost money, should consider getting lawyer and making a Federal civil right claims to get some money out of Myrtle Beach to cover their loss of profits.