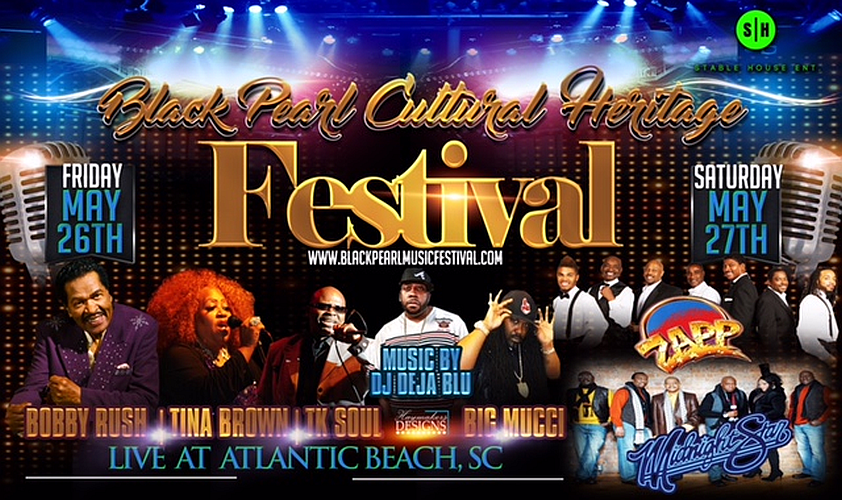 Stable House Entertainment, CHOMCO Digital and HMN Entertainment, in association with the City of Atlantic Beach is proud to announce that a new music Festival will be added to the events planned for the Annual Black Pearl Cultural Heritage and Bike Festival, Memorial Day Weekend.
R&B Supergroups, Midnight Star and Zapp To Headline Music Festival
The Bike Festival has been around for nearly 40 years, and town leaders are giving a nod to the past by adding the kind of entertainment that was part of the event “back in the day.”

“Last year, vendors and others encouraged me to add entertainment to the Festival,” commented Benjamin Quattlebaum, Town Manager of Atlantic Beach. “So, we (town leaders) will be pulling out all the stops to make Atlantic Beach the destination location it was in years past.”

Tickets are on sale now and can be purchased at www.blackpearlmusicfestival.com, with discounted early bird options available for both VIP and general admission until May 1st.
Ticket Prices:

Regular price (May 2nd to day of show)

For tickets and additional information:

Day Party at the Party Compound